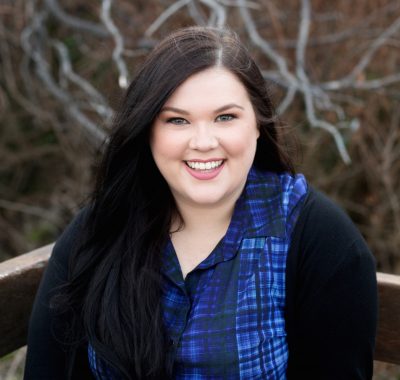 Something wundrous: Jessica Townsend on ‘Nevermoor’

Queensland author Jessica Townsend’s debut Nevermoor (Hachette, October) is a middle-grade fantasy about a cursed 11-year-old girl ‘that will hook readers aged 10 and up with intricate imaginative detail and its sheer energy’. Reviewer Jackie Tang spoke to the author. (Read the review here.)

Congratulations on your first book! Can you take us back to when you started? How did the story come about?

Morrigan Crow was the initial seed of the idea, but she began as a grown-up character in another story I was planning to write, about a girl who went to live with her eccentric, magical Aunt Morrigan. I quickly realised the aunt was much more interesting than her niece, and started thinking about who she was, and how and where she grew up. I took a long time writing this book—basically all of my twenties, in a very sporadic, procrastinate-y way—but I think it needed that time to incubate, and for the world to grow.

Nevermoor at once feels new and timeless, like a children’s classic that has the energy and dialogue of contemporary entertainment. Were you inspired by any other books or authors when you were writing it?

That’s the kind of world-building I love to read—when an author takes traditional fantasy concepts and presents them in a way that’s conceivably modern, or brings in silly, absurd elements and gives them a political twist, treating them totally seriously. For me that includes ‘Harry Potter’, ‘His Dark Materials’, pretty much anything by Neil Gaiman or Gregory Maguire, and of course Doctor Who—which is so wonderfully camp and over-the-top, but also incredibly clever, with tons and tons of heart.

There’s a rich seam of darkness that runs beneath the story, including family neglect, curses and the frightening ‘Hunt of Smoke and Shadow’. What drew you to include these elements?

The stories that have stayed with me since childhood all have threads of darkness to pull at. I think there’s value in engaging with scary things in a safe, fictional context, especially when they can be satisfactorily resolved with bravery and cleverness and humour. There are lots of frightening things in Nevermoor, but there’s a lot of ridiculousness too. The stories I love most are the ones that give equal weight to the sinister and the silly.

As the first book in the series, Nevermoor follows a narrative structure—Morrigan’s four trials to get into the Wundrous Society—that is resolved at the book’s conclusion. What can we expect from the rest of the series?

There is an overarching plot for the entire series, and Morrigan will age with each book. Without giving too much away, I can tell you that in book two we delve much deeper into the Wundrous Society, learn about Morrigan’s mysterious abilities, and discover more of Nevermoor and the Hotel Deucalion.

What’s been the weirdest and best part of becoming a published author?

It’s all pretty weird, to be honest. I thought I’d hit a ceiling of weirdness during the Frankfurt Book Fair last October, and then the film rights sold, and then another good thing happened, and another, and it sort of hasn’t stopped. I feel incredibly lucky. I just wanted to see my book on a shelf, so really, everything else is gravy.

Probably the best part so far was visiting bookstores during my US pre-publication tour in April and meeting a brilliant bunch of kids who’d already read proofs of the book. They came at me with questions that were so specific, and some of them so spookily on the mark that I came very close to giving spoilers. I loved that they’d already dived so deeply into the world and absorbed so much detail.

I’ve been barrelling through Robin Stevens’ ‘Murder Most Unladylike’ series (Puffin), and most recently her Christmas mystery, Mistletoe and Murder. Think Agatha Christie, but set in a 1930s English girls’ boarding school. They are so delightful! Funny, cosy, charming and clever. And I’ve never managed to pick the murderer.