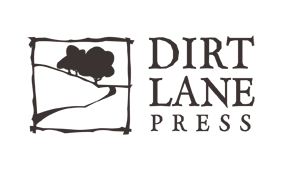 The press’ first book The Sorry Tale of Fox and Bear is a 72-page illustrated hardback title. It was released on 1 August as is being distributed by Dennis Jones and listed on the Australian Standing Orders website for school libraries.

The publisher’s second book will be a picture-book fable about ice addiction, called The Monster.

President of the Dirt Lane Press Mark Macleod told Books+Publishing that while the publisher has no employees, it draws on an extensive network of volunteers for editorial, design and publishing. The treasurer of the press is Margaret Schwebel, co-owner of Collins Booksellers in Orange.

Macleod said the inspiration behind the publisher was to address the ‘growing gap in the market for edgy, unusual or challenging books—books that might once have been published, but that are now being marginalised by tightening market conditions’.

Macleod said the publisher is interested in using crowdfunding campaigns to help publish its titles following a successful campaign for The Sorry Tale of Fox and Bear that raised over $11,000. ‘Not-for-profit publishers in the USA have said that fifty percent of their revenue comes from philanthropic donations … It will depend on the individual title. Some titles are better suited for crowd-funding campaigns than others,’ said Macleod.