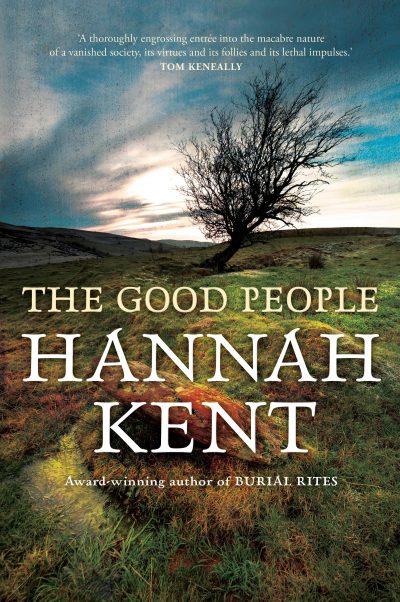 Australian production company Aquarius Films has optioned the film and TV rights to Hannah Kent’s The Good People (Picador) via Curtis Brown Australia. Aquarius producers said they were ‘absolutely thrilled to be adapting Hannah Kent’s brilliant second novel into a film’, describing her writing as ‘incredibly evocative and cinematic’. Aquarius’ recent credits include the films Lion and Berlin Syndrome. The Good People, which is based on true events, tells the stories of three women who are drawn together to rescue a child from a superstitious community in 19th-century Ireland. It is Kent’s second novel following her award-winning and bestselling debut Burial Rites. Kent’s Australian publisher has already acquired her next two novels.

Australian author Leife Shallcross’ novel The Beast’s Heart has been acquired by Hodder & Stoughton in the UK and will be published in mid-2018. The Beast’s Heart is a retelling of the Beauty and the Beast fairytale set in 17th-century France and told from the beast’s perspective. It was selected from 1445 submissions to Hodder & Stoughton’s genre fiction website Hodderscape. Hodder & Stoughton editor Thorne Ryan described Shallcross’ manuscript as her ‘absolute favourite submission’ during her time at the house. ‘It’s one of the most gorgeously written and completely absorbing books I’ve ever read,’ said Ryan.

UK publisher Transworld has acquired Commonwealth rights (ex-ANZ) to Sarah Wilson’s personal exploration of anxiety, First, We Make the Beast Beautiful (Macmillan), via Peggy Boulos Smith at Writers House. Transworld editorial director Andrea Henry said Wilson’s book looks at the ‘triggers and treatments, the fashions and fads of anxiety in a practical, poetic, wise and funny book that is part memoir, part polemic’. First, We Make the Beast Beautiful was published in Australia in March and is currently in the bestseller charts.