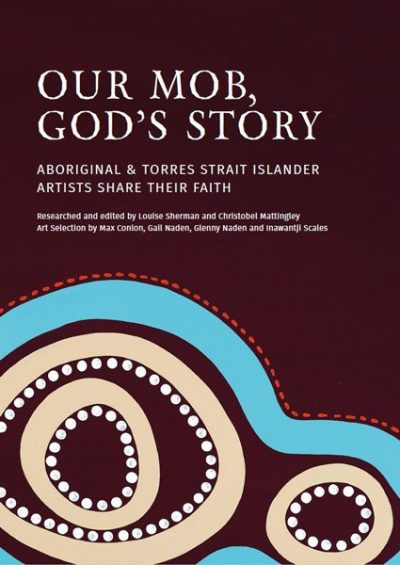 Our Mob, God’s Story: Aboriginal and Torres Strait Islander Artists Share Their Faith (Louise Sherman & Christobel Mattingley, Bible Society) has been named the Australian Christian Book of the Year for 2017.

The Indigenous art book ‘celebrates the impact of the Bible on Australia’s First Nations People’ and features over 115 paintings by Aboriginal and Torres Strait Islander artists. It was published to mark the bicentenary of the Bible Society in Australia.

The award judges described Our Mob, God’s Story as ‘beautiful, confident and irresistible’. ‘Sixty-six Aboriginal and Torres Strait Islander artists from the city and the bush tell the story of the wonderful things God has done for their people. They paint in a dazzling variety of styles and write with uncommon wisdom and generosity.’

The winner was chosen from a shortlist of 10 titles.

The $2500 award is presented annually by SparkLit, formerly known as the Society for Promoting Christian Knowledge Australia.