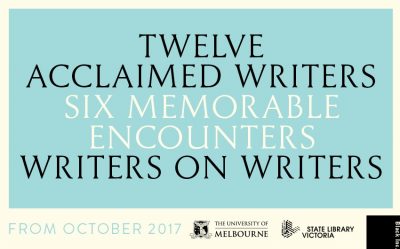 Black Inc. has signed Ceridwen Dovey to contribute to its ‘Writers on Writers’ series with a book on Nobel Prize-winning South African and Australian author J M Coetzee.

Dovey’s book is scheduled for release in October 2018 and is the final title in Black Inc.’s six-volume series, published in association with State Library of Victoria and the University of Melbourne. The series features ‘writers reflecting on other Australian writers who have inspired and influenced them’.

Publisher Chris Feik told Books+Publishing that Dovey will take an ‘original and unexpected’ approach to her subject. ‘J M Coetzee is a titan of contemporary literature,’ said Feik. ‘Like him, Ceridwen Dovey was born in South Africa and now lives in Australia. More importantly, she has long been inspired by Coetzee’s work.’

Asked if the series will expand beyond six titles, Feik said it ‘could well continue … if readers take it to their hearts’.

The first two titles from Pung and Jensen will be launched on 3 October at the State Library of Victoria.