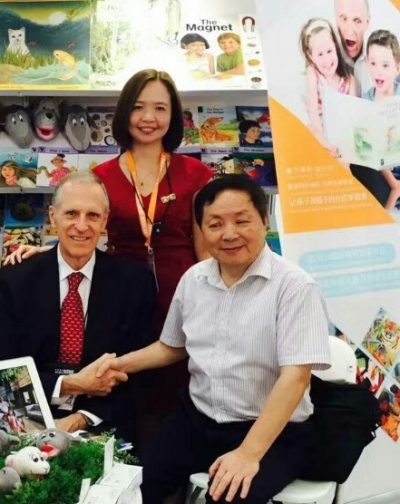 Launched at the Beijing International Book Fair, the partnership will see English-language editions of titles from the ‘WINGS’ series sold into state schools across China to be used for English classes and tuition.

At least 256 book titles from the WING series will be printed in this financial year, with the first titles coming off the press this month.

Era Publications has also partnered with AiHua Chengdu, a franchise of tuition centres for young children, to publish interactive digital editions of these books in collaboration with New Century Publishing. AiHua Chengdu will distribute the titles and accompanying student and teacher resources into schools and its own centres.

Managing director Rodney Martin said he has been exploring the Chinese market for five years to secure this deal.

‘We are already successful in China, but this new development with a government-owned publisher gives Era powerful sales and distribution channels that will take its print and digital books and its education training services across the whole country and into state schools,’ said Martin.

Copies of Era’s books are currently being sold into 12 of the 23 provinces of China.