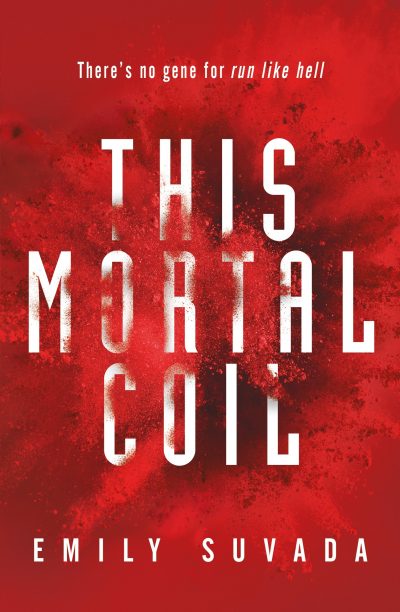 Catarina has survived a genetic apocalypse, a disease that has ravaged humanity, turning some into the walking dead, doomed to explode in a toxic, highly contagious cloud. The daughter of a brilliant genetic scientist, Caterina lives in a world dictated by gene-hacking technology, but is only able to use the most basic technology herself. Her father is long gone, forcibly taken by Cartaxus, a powerful gene-tech corporation keeping survivors ‘safe’ in underground bunkers to work on a cure. But it is Cat who holds the key, and they’re coming for her … This is a powerful thriller that easily holds its own against its YA predecessors of the dystopian, post-apocalyptic survival genre, such as The Hunger Games and the ‘Gone’ series. It is clever, sharply observed and—as with the big successes of its genre—plays out a scenario that doesn’t stretch credulity, particularly given the current climate of fear and society’s ever-increasing dependence on technology. This Mortal Coil is more than just a fun, pacy thriller. It asks the reader to face their fears of the future and imagine how they would survive if confronted with such a fate.

Bec Kavanagh is a Melbourne-based writer and reviewer. She is the manager of the Stella Schools Program