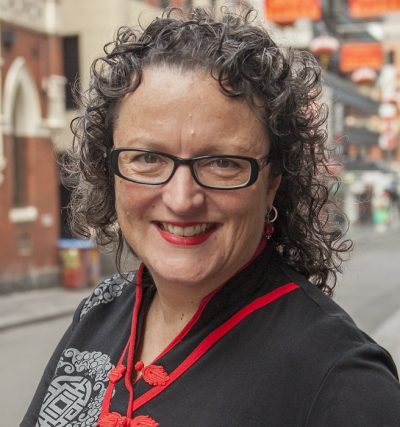 Angela Savage has been appointed director of Writers Victoria, effective from 25 September.

Savage’s appointment follows the departure of Kate Larsen, who served as director since March 2013. The current acting director of the organisation is Alexis Drevikovsky, who will continue in the role until Savage commences the position.

Savage is a Melbourne-based crime writer who won the 2004 Victorian Premier’s Literary Award for an unpublished manuscript for Behind the Night Bazaar (Text), and whose books have been shortlisted for a Davitt award and multiple Ned Kelly Awards.

She has also managed an Australian Red Cross HIV/AIDS program in Southeast Asia and served as director of the Sexual Health and Family Planning Australia International Program.

In a statement, Writers Victoria said Savage is a ‘a highly respected figure within the Victorian writing community, being a published author of note’. ‘Most importantly, she has had extensive experience running similar-sized organisations and implementing complex programs within the not-for-profit sector.’

For more information about Writers Victoria see the website here.