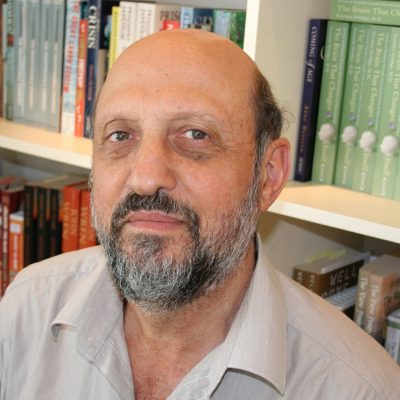 Henry Rosenbloom is the founder and publisher of Melbourne’s Scribe Publications, which specialises in ‘narrative and literary nonfiction on important topics, and the best of local, international and translated fiction’. Rosenbloom spoke to Think Australian about his acquisitions work.

This fluctuates all the time, but at the moment our international titles represent just under 60% of our list, and translated titles comprise around one-quarter of that list.

How do you find out about new international titles and go about acquiring the rights?

In every possible way. I’ve been going to the London and Frankfurt book fairs every year for many years, so we hear about many titles before, during and after those fairs. We have a UK publishing company, so we receive submissions through them all through the year from UK and European agents, and we also receive submissions directly from overseas agents and publishers. We have US scouts, so we hear about projects likely to interest us from them, and we also receive submissions directly from North American agents (and sometimes their UK sub-agents) and publishers. And sometimes we just hear about something, and are lucky enough to have the right contacts.

What types of books do you typically acquire?

What are some of your recent international acquisitions?

What types of books are you looking for in the future?

What have been your most successful international acquisitions? Why do you think they took off in Australia?

The most successful by far have been two popular-science/popular-health titles: The Brain That Changes Itself by Norman Doidge (over 200,000 print copies sold since 2008) and Gut by Giulia Enders (over 75,000 print copies sold in its first two years). I think they have both sold so well because they were extremely well-written seminal works about subjects that matter to a lot of people. We also promoted them and their authors extensively.

Are there any international authors who you think deserve a bigger profile in Australia?

There’s a superb Dutch literary novelist called Tommy Wieringa we publish, who is a superstar in Holland; he certainly deserves a bigger readership than he’s acquired so far in Australia. I also think that Nadia Dalbuono from the UK and Italy, and Christoffer Carlsson from Sweden—two crime novelists we publish—are world class.

Are there any international publishers that you particularly admire?