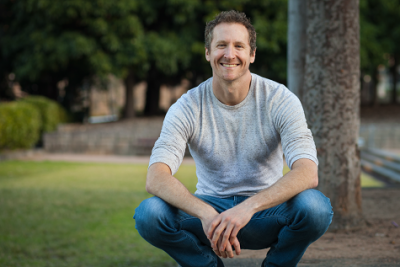 HGE will publish the first title, Jane Doe and the Cradle of All Worlds, in August 2018.

The adventure series, which is tentatively titled the ‘Jane Doe’ chronicles, is pitched as ‘Narnia meets Mad Max’, for readers aged 11 and up. It follows a ‘feisty teenager as she plunges into a deadly labyrinth between worlds to try to rescue her dad before an “exquisitely vile” villain gets to him first’.

HGE publisher Marisa Pintado said Jane Doe is ‘the best friend we all need—brave, funny and fiercely loyal’. ‘I could hardly catch my breath as I cheered her on through explosions in secret passages, run-ins with carnivorous trees, and train-top battles with bazookas, all in the hopes of rescuing her dad’.

Lachlan said he was inspired to write Jane Doe and the Cradle of All Worlds while lost in the Cairo Museum. ‘I’ve always been obsessed with the big epic adventures—Star Wars, Indiana Jones, The Chronicles of Narnia, Jurassic Park—and this story has been simmering for a long time,’ Lachlan said. ‘I started writing it while caring for my dad. It was with me while I was grieving for him. It was with me when I came out as gay. It has been my constant companion, in a way, through all the ups and downs over the past ten years of my life’.

UK rights have been sold in a pre-empt, with details to be announced shortly.