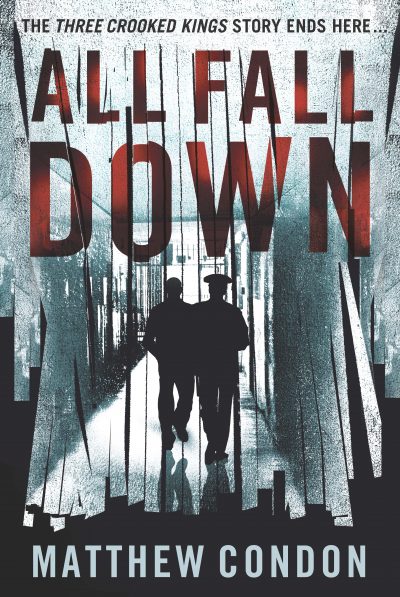 Jacqueline Blanchard has won the Institute of Professional Editors’ (IPEd) inaugural Rosanne Fitzgibbon Editorial Award, known as The Rosie, for her editorial work on All Fall Down (Matthew Condon, UQP).

Blanchard was named as the winner of the $4000 award for editorial excellence at the IPEd conference, which ran in Brisbane from 13-15 September. As previously reported by Books+Publishing, the award was launched earlier this year by Editors Queensland, an IPEd branch, to honour the memory of Rosanne Fitzgibbon, a distinguished editor of literary fiction and nonfiction.

Blanchard edited 50,000 words from Condon’s original 215,000-word manuscript, which forms the third book in his nonfiction trilogy chronicling entrenched corruption in the Queensland Police Force from the 1950s.

Condon said he has been ‘quick to recognise the impact a good editor has had on his books’. ‘I have always believed in the benefits of a “tough” edit and learned very early on that good editors, without exception, improved my work,’ Condon said. ‘Jacqueline performed a complicated edit that required losing a lot of extraneous material. Her work was so seamless that I barely recognised the cuts. To me, that’s a great and dedicated editor; it’s all in the alchemy of the hidden carpentry.’

Judges for the award were Fitzgibbon’s sister, the author Marion Halligan, and two of her former colleagues, Craig Munro and Leonie Tyle. Blanchard was chosen as the winner from a shortlist of three, that also included Denise O’Hagan, for her work on Jerome & His Women (Joan O’Hagan, Black Quill Press); and Susan Pierotti, for her work on City Kid (Lola Russell, self-published).

IPEd communication officer Mary-Ann Came told Books+Publishing over 260 delegates attended the 8th biennial IPEd conference, which was the first since IPEd became a membership organisation representing editors from across Australia.

Came said the two-day conference included ‘plenary sessions as well as concurrent streams on building alliances, professional development and technology’. ‘A highlight of the conference was hosting the Building Alliances Panel which saw industry leaders come together to debate and discuss common challenges we face in the industry,’ said Came, with the panel including Australian Society of Authors CEO Juliet Rogers, Sherrey Quinn from the Australian and New Zealand Society of Indexers, Marisa Wikramanayake from the Media Entertainment and Arts Alliance, Katie Woods from the Queensland Writers Centre and Libby Baulch from the Copyright Agency.