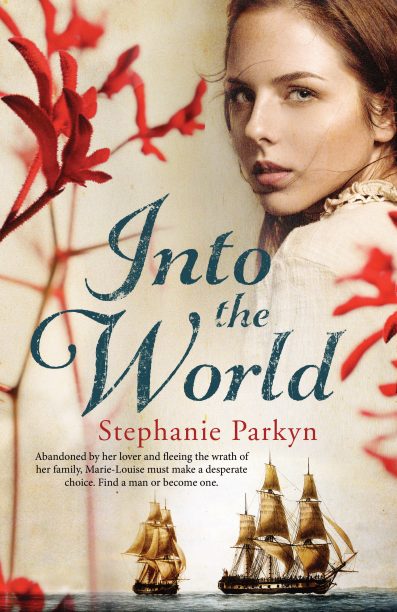 Into the World (Stephanie Parkyn, A&U)

Inspired by true events in the 18th century, Into the World is the story of Marie-Louise Girardin, an unwed woman who must escape revolutionary France to save the life of her newborn son. Surrendering him to the care of a close friend, Marie-Louise disguises herself as a man and joins the crew of the Recherche as it embarks on a scientific expedition and search for the missing explorer La Perouse. What follows is an account of the perilous sea voyage, interwoven with Marie-Louise’s journey of self-discovery. As Marie-Louise encounters new lands and cultures, she must decide who she can trust with her secret. Into the World is written by an author with a passionate knowledge of the subject matter and genre they’re writing in. Stephanie Parkyn brings her characters to life with authentic voices, and employs subtle, well-executed metaphors to contrast Marie-Louise’s old life with her new one. The result is a protagonist whose actions and reactions to her world are honest and believable, while Parkyn’s descriptions of 18th-century people, places and events form the basis of the book’s well-developed narrative. Into the World is an interesting and enjoyable debut that will have readers anticipating the author’s next novel.

Jessica Slade is a former bookseller