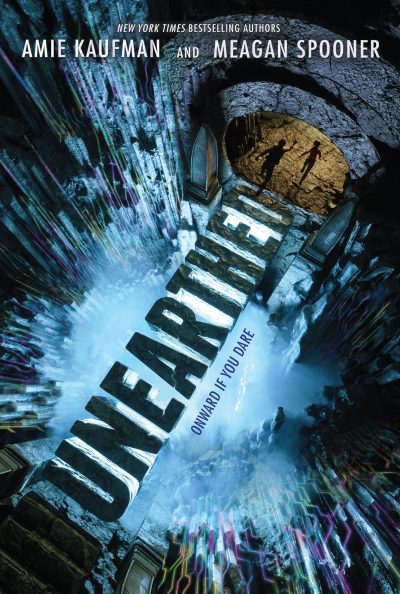 Unearthed is an explosive action-adventure with a touch of romance set on an alien planet. Earth is a devastated planet where resources are scarce and humans are desperate. When an intercepted broadcast from an ancient civilisation, the Undying, suggests they have left behind technology on the distant planet Gaia that could potentially transform millions of lives on Earth, the race is on to see what humanity can salvage. Mia is a thief trying to steal artefacts in order to buy her sister out of indentured servitude. Jules is a star pupil from Oxford University who wants to redeem his father, a famous archaeologist imprisoned for releasing Gaia’s coordinates and opening it up to scavengers and military attempting to unlock its secrets. Gaia’s ancient temples are booby-trapped with codes and puzzles, where a wrong step means certain death, and Mia and Jules must join forces to solve the mysteries that the Undying have left behind. Amie Kaufman and Megan Spooner know this genre well, having tread similar ground in their ‘Starbound’ trilogy. The pace tends to slow in the last quarter, but the final twist is a thrilling shock that ends the book on a cliffhanger. It’s no surprise that film rights were sold prior to publication; this is an action-packed, fun and feisty space-adventure that sits somewhere between Indiana Jones and Illuminae. It will have readers aged 12 and up eager for more.