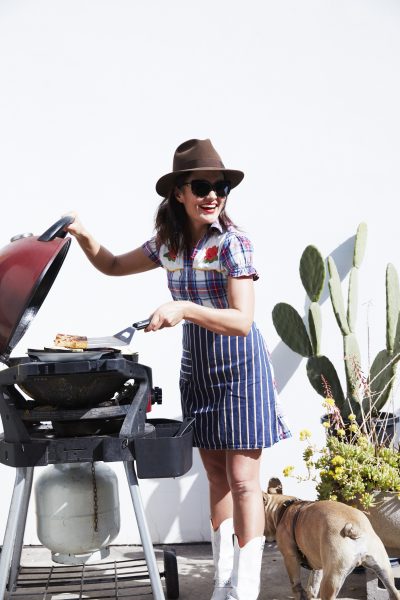 Hardie Grant Publishing director Jane Willson said: ‘I think it’s fair to say you should think of Yumi as your accomplished, creative, no-bullsh*t friend in the kitchen.’ ‘Like so many of us, she likes to cook, she likes to eat, and she likes to share good food with the people she loves,’ said Wilson. ‘But she also has a million things going on and is of a mind to impress precisely no one.’

The Zero F*cks Cookbook will be published in March 2018.