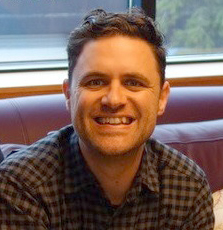 US and Canadian rights to Elizabeth Tan’s debut novel Rubik (Brio) have been sold to Unnamed Press. The deal was negotiated by Rachel Crawford at New York agency Wolf Literary Services on behalf of Brio associate publisher Alice Grundy. Unnamed Press executive editor Olivia Taylor Smith said she sees Tan as ‘a voice American readers have been waiting for’. ‘Rubik is a daring exploration of the myriad ways technology alters our relationships and is perfectly of the moment. At a time when literary writers are daunted by the challenge, Tan embraces it with wit, insight, and a cast of eccentric and lovable characters.’

Text Publishing has acquired world rights to new books by award-winning authors Gail Jones and Craig Sherborne. Jones’ new novel, The Death of Noah Glass, is about a recently deceased art historian, Noah Glass, whose grieving children are shocked to discover he is a suspect in the case of a missing sculpture from a museum in Palermo. The novel explores ‘love and art’, ‘grief and happiness’ and ‘the mystery of time’, said Text publisher Michael Heyward. Sherborne’s Off the Record is a satire that ‘draws on the rich fictional potential of the grubby world of tabloid journalism’, taking inspiration from Sherborne’s own experiences as a journalist. Heyward said of Sherborne: ‘He’s a writer who invents the rules for each novel. The emotional range for each of his novels is so broad—from laugh-out-loud to painful and tender moments.’ Both novels will be published in Australia in 2018.

Hardie Grant Publishing has acquired world rights (excluding the US and Canada) to Australian historian Michael Pembroke’s ‘well-timed’ book on Korea, to be published next year. In Korea: Where the American Century Began, Pembroke traces the ‘tragedy of [Korea’s] American-inspired division in the twentieth century, the war that inexorably followed and the permanent conflict that has ensued’. Hardie Grant publisher Pam Brewster said the book is a ‘timely and absorbing account of America’s first modern war, and how it failed, leaving the world with what is now a festering legacy’.

Hopscotch Features has optioned the film and TV rights to Sarah Bailey’s crime thriller The Dark Lake, published in Australia by Allen & Unwin, via Lyn Tranter of Australian Literary Management. The Dark Lake follows small-town detective sergeant Gemma Woodstock as she investigates the murder of a young teacher while concealing the fact she knew the murdered woman in high school. Producer Troy Lum said Woodstock is ‘a brilliant character—complex and driven, with secrets of her own—and will be a magnificent role for a great actress’. ‘With buzz about the book now reaching all over the world, this is great opportunity to create a series with huge international potential,’ said Lum. Publishing rights to The Dark Lake have been sold into the US, UK, China, Italy and Germany.