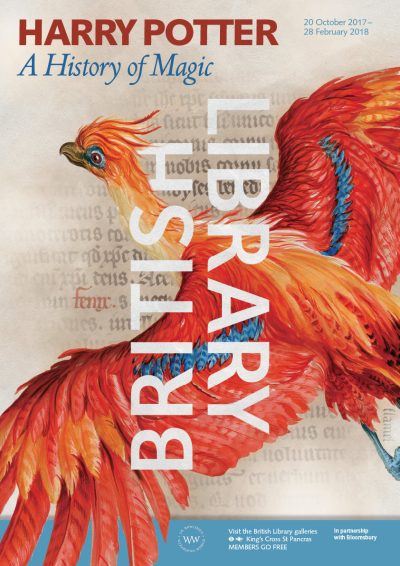 In the UK, a Harry Potter exhibition at the British Library set to open on 20 October has sold more than 30,000 tickets, the highest ever number of advance tickets for an exhibition, reports the Bookseller.

‘Harry Potter: A History of Magic’ is a collaboration between the publisher and library curators, and promises ‘previously unseen material from the Bloomsbury archive and J K Rowling’.

The exhibition will include the ‘Ripley Scroll’, a ‘beautiful six-metre artefact showing making of a Philosopher’s Stone’; a display of Sirius in the night sky ‘as imagined by medieval astronomers’; hand-coloured pictures of dragons, unicorns and a phoenix; and original drafts and drawings by Rowling and illustrator Jim Kay.

Bloomsbury publishing director of children’s books Rebecca McNally said the publisher approached the British Library in early 2015 as it prepared for the 20th anniversary of Harry Potter and the Philosopher’s Stone. ‘Since then it’s been a really remarkable adventure, watching their brilliant curatorial team as they began to explore the magical items in the BL’s collection and put together an exhibition that places the magic we know from the Harry Potter stories in a cultural and historical context,’ she said.