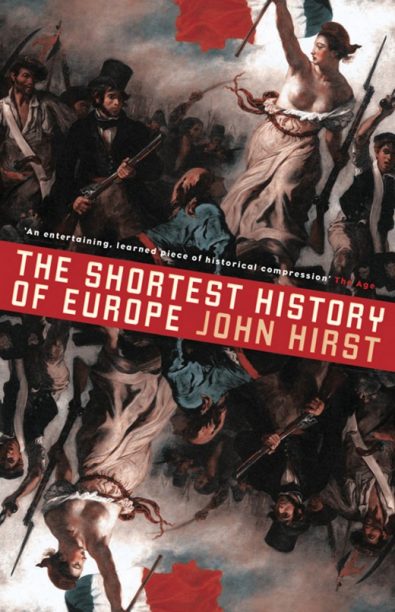 ‘The Shortest History of Europe’ sells over 300,000 copies in China

Sales for the Chinese edition of Australian historian John Hirst’s The Shortest History of Europe (Black Inc.) have hit over 300,000 units in China.

While Black Inc. originally sold simplified Chinese-language rights to the title to Shanghai BBT in 2010, the publisher says it took a few years for the book to gain popularity with a Chinese audience after its initial release in the local market in November 2010.

‘It took a few years before it gained momentum and started selling this strongly,’ said Black Inc. senior rights executive Sophy Williams, and the book is now the highest selling title on Shanghai BBT’s list.

Williams said she believed part of the book’s success was due a lack of competitor titles in the Chinese market. ‘John Hirst wrote a special preface for their edition, which also helped, I think,’ said Williams. ‘We also made a short film of John talking specifically about the book in China which was used as a marketing tool.’