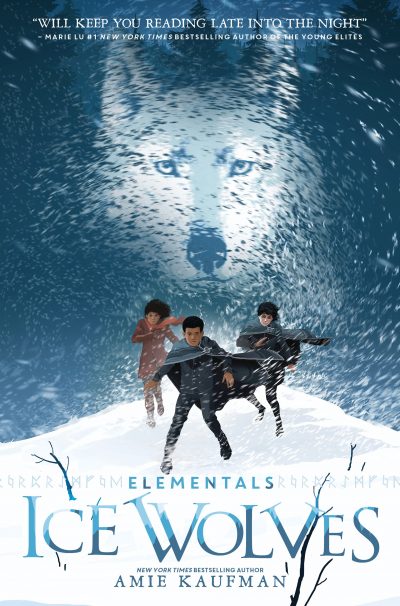 There are two shapeshifting ‘elementals’ in the land of Vallen: the Ice Wolves, who protect the city of Holbard, and the Scorch Dragons, who attack it. They have been sworn enemies for as long as anyone remembers. The Scorch Dragons are responsible for twins Anders and Rayna being orphaned, so when Rayna takes the form of a Scorch Dragon at the Trial of the Staff, Anders is shocked and afraid for her. When, shortly after, he learns that he is an Ice Wolf, he can’t ignore the creeping suspicion that maybe they aren’t related after all. Anders—the quieter, more anxious twin—is sent to the Ulfar Academy for Ice Wolves where he befriends Lisbet, a fellow student who suspects Scorch Dragons aren’t as evil as they have been taught to believe. Together they work out a plan to find the Scorch Dragons and rescue Rayna before the Equinox, when she is to be sacrificed. Elementals: Ice Wolves is a delight to read: the characters are refreshingly varied and the book is blissfully bereft of the cartoonishly evil Draco Malfoy-type characters found in most magic schools. Engaging to the end, this middle-grade adventure from popular YA author Amie Kaufman is perfect for children aged nine and up.

Dani Solomon is a bookseller at Readings Kids