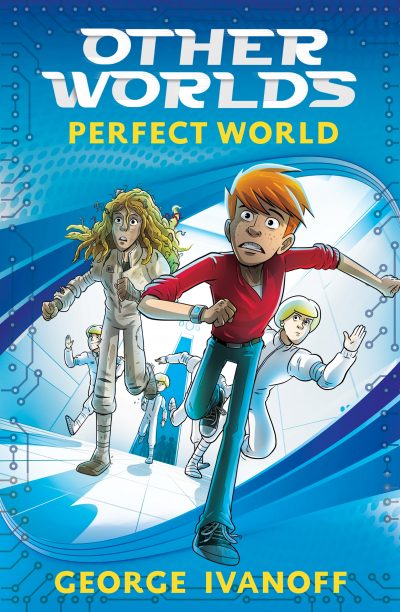 While out shopping for pickles, a chance discovery lands Keagan in a parallel world: a pristine land of eerily similar clones, who quickly throw him out with the trash for being too different. In the Dumping Ground, Keagan discovers a society of rejected clones who have been expelled for their imperfections, including the feisty Eone. When he learns of a clone uprising, Keagan must head a mission to teach the virtues of individuality if he’s to have any hope of getting home again. It’s great to see a sci-fi action-thriller aimed at eight- to 11-year-olds, since it’s an area with many eager readers. George Ivanoff, who penned the excellent ‘You Choose’ series, does a fantastic job of setting up a strange world in the style of The Midwich Cuckoos. This is a racing read that will grip reluctant readers, though the short length means we only get to scratch the surface of such an intriguing world. There’s also a strong moral lesson here: be proud of your individuality. The series concept is interesting—four standalone books set in different worlds with a narrative thread that promises to be tied up in the final book. This is a fun new series for easily distracted readers who want an exciting sci-fi tale.

Holly Harper is a bookseller at Readings Kids