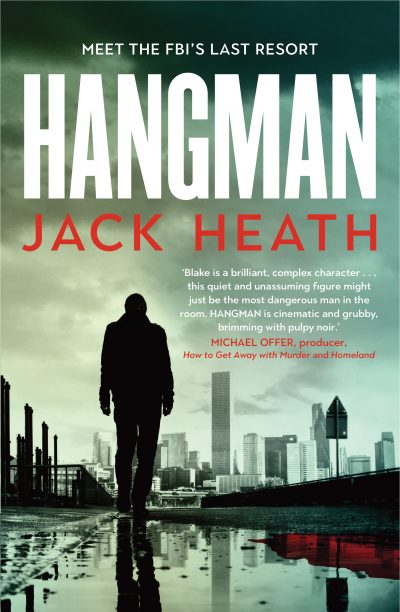 In the age of the anti-hero, morally ambiguous characters compel readers to empathise with and root for them, despite their troubled natures and character flaws. Enter Timothy Blake, the Hangman, a civilian consultant with the FBI, who, in exchange for aiding investigations, is permitted access to death row inmates to temporarily satisfy his voracious appetite for human flesh. Yes, the hero of Jack Heath’s debut adult novel is a cannibal detective. Readers able to abide this grisly affliction will easily lose themselves in this dark, bone-rattling thriller. Those with queasy stomachs, not so much. In Hangman, Blake and FBI agent Reese Thistle face a ruthless kidnapper who has abducted a 14-year-old boy. But it’s Blake’s malformed ambitions and determination to hide his bloodlust that drive the narrative rather than the complexity of the mystery, which commits the sin of having its supposed genius protagonist solve the case by bumbling into the path of the criminal rather than using his cleverness. Readers’ enjoyment will hinge on how invested they become in Blake’s moral conflict, but Hangman is ghoulish fun, and fills the Dexter– and Hannibal-shaped holes in our lives.