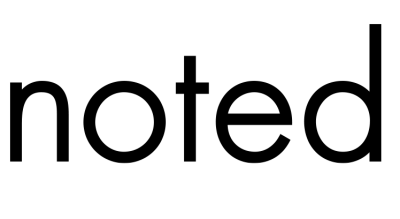 Noted festival on hiatus in 2018

Canberra’s experimental writers’ festival Noted will not be held in 2018.

The festival announced on its website in September that it will spend the next year ‘looking at ways to make our organisation more financially sustainable’, with the intention of running smaller one-off events in 2018 and returning with a festival in 2019.

The volunteer-run festival was launched in 2015 as ‘Canberra’s first ever experimental festival of words’. At the time, Canberra had been without a writers’ festival for five years.

Noted said it ran its inaugural festival on a budget of less than $4500, which grew to $26,000 in 2016 and $38,000 in 2017, with more than half of the budget each year spent on artist fees. Funding for the festival came from crowdfunding campaigns; financial support from local organisations; and project funding from artsACT.

‘Collectively, Noted has presented work by more than 235 local, national and international artists across over 150 free events, attended by more than 5000 people,’ said the festival. ‘We are really proud of this achievement. However, at the end of three years of relying on one-off funding contributions, we are also exhausted.’

The festival encouraged the government to consider multi-year funding for smaller organisations, but also acknowledged that ‘reliance on government funding is not known for its sustainability’ and that it would be looking at ‘alternative revenue sources and collaborative, cost-sharing programming models’.