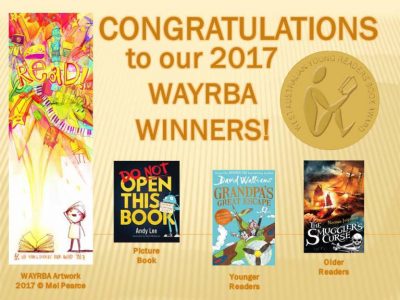 The winners of the 2017 West Australian Young Readers’ Book Awards (WAYRBA) have been announced.

The Hoffman Award, presented to the highest ranked WA author, was not awarded this year as WA author Norman Jorgensen won the older readers category.

The winner were chosen from shortlists announced in February.

The awards are voted on by young readers from across Western Australia. Books are eligible to be nominated if they were published within the past five years and are currently in print.