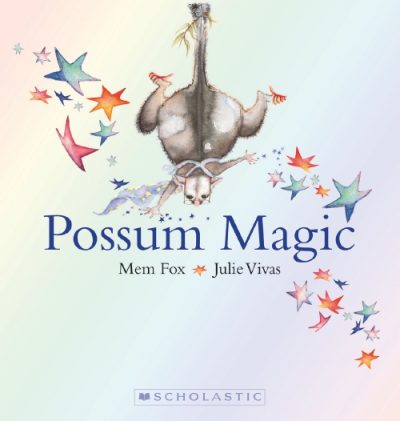 Books by Markus Zusak and Mem Fox have topped the lists of the highest scoring books in the most recent Public Lending Rights (PLR) and Educational Lending Rights (ELR) report.

This is the second year in a row Zusak and Fox have topped the lists.

The Book Thief (Picador) was the highest scoring book on the PLR chart for 2014-15 to 2016-17, which takes in the results of the three most recent PLR surveys. Richard Flanagan’s The Narrow Road to the Deep North (Vintage) and Graeme Simsion’s The Rosie Project (Text) were second and third respectively.

Mem Fox’s Possum Magic (Omnibus) and Wilfrid Gordon McDonald Partridge (Omnibus) are the top two books on the ELR chart for 2016-17, followed by Emily Rodda’s The Forests of Silence (Scholastic).

Zusak has also taken top spot on the PLR’s highest scoring books since 1975-76, ahead of Bryce Courtenay’s Tommo & Hawk and The Potato Factory (both Penguin) in second and third. Recent titles to feature on the chart are Simsion’s The Rosie Project, in sixth; Flanagan’s The Narrow Road to the Deep North, in 11th; and Hannah Kent’s Burial Rites (Picador) in 14th.

PLR, ELR both up