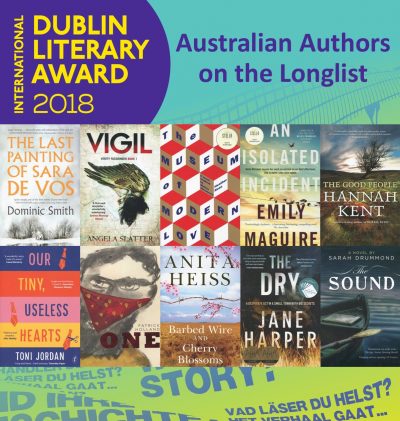 Ten books by Australian authors and three by New Zealand authors have been nominated for the 2018 International Dublin Literary Award.

Longlisted books by Australian authors are:

In total, 150 books were nominated for the longlist by libraries from across the world. The longlist includes authors from 40 countries, and 48 translated titles. The book that received the most nominations was Colson Whitehead’s The Underground Railroad (Orbit).

The shortlist will be announced in April 2018 and the winner on 13 June.

For more information about the award, visit the website here.