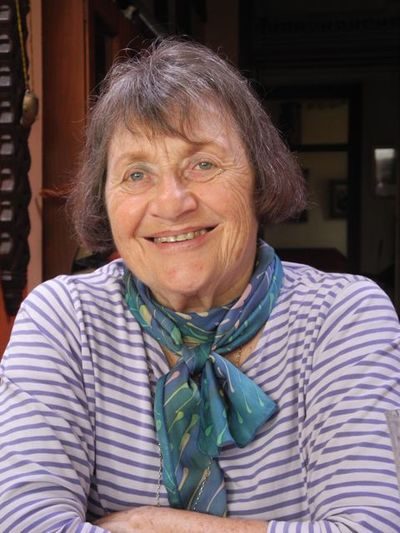 Lawson was the author of the award-winning nonfiction book about the Sydney Bulletin and its founding editor J F Archibald, The Archibald Paradox: A Strange Case of Authorship (MUP), the essay and story collection How Simone de Beauvoir Died in Australia (UNSW Press), and the novel The Outside Story (Hardie Grant). Her last book was Demanding the Impossible: Essays on Resistance (MUP) in 2012.

Lawson was also a journalist and film critic whose writing was published in the Sydney Morning Herald, the Daily Mirror, Nation and Inside Story, among others.

‘As Mark Davis observed some years ago, “It’s not so much that Sylvia Lawson is Australia’s Susan Sontag, but rather that Sontag is America’s Sylvia Lawson.” That was an eloquent and very accurate description of an author and critic whose intellect, wit, creative energy, and shrewd sizing-up of people, culture, and institutions of all kinds—political and otherwise—shone in the national firmament of ideas and debate over some five decades.

‘I met Sylvia in 2000, not long after I established a literary agency upon moving to Australia from the United States. She became one of my first authors. Over the next dozen or so years, I represented her for four books—her brilliant essay collections, How Simone de Beauvoir Died in Australia and Demanding the Impossible, and the re-issue of her prize-winning The Archibald Paradox.

‘And then there was her novel, The Outside Story, a dazzling high-wire act of dual second-person narratives about the building of the Sydney Opera House. It was acquired in 2002 by Foong Ling Kong, then publisher at Hardie Grant, who went on to became Sylvia’s editor/ champion at MUP and her friend. Foong Ling’s cover copy for the book read in part: “This is a powerful and witty intellectual mystery that tracks the ambitions, politics and passions of a city. It is also a consummate meditation on a city’s and a country’s becoming”.

‘That it did not achieve great success in terms of sales was somewhat disappointing to the three of us—and it certainly bewildered me at the time. But without doubt, The Outside Story is a minor masterpiece and deserves rediscovery.

‘I closed the agency at the end of 2013 but continued, as her friend, to be a sounding board for Sylvia as she thought through new projects: “I have two books in mind: one the anti-memoir of which we’ve spoken, another on a particular area of cinema, but in no way specialist” she wrote me that year.

‘Regrettably, life and other commitments (selling her house in Newtown and moving to Canberra,  an accident, and then her final illness) prevented her from completing them. The anti-memoir had, I believe , the working title of “Jazz Piano”; it was a book that I’d always hoped she’d write, for I knew it would be special. Whether she actually wrote any of it—or the cinema book—I don’t, alas, know. I hope so.

‘The death of Sylvia Lawson is a loss for her family, her many friends and admirers, and for Australia itself. As the Irish say, her like will not be seen again.’