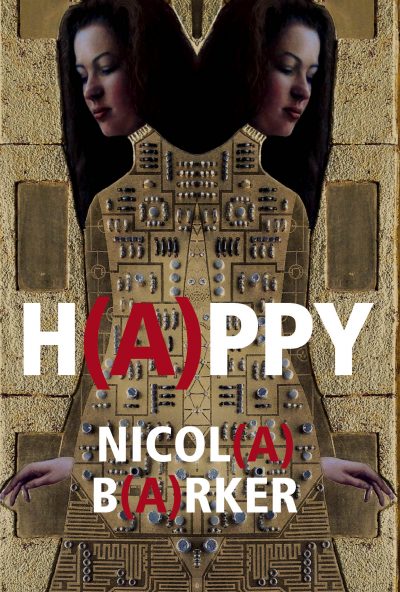 In the UK, Nicola Barker has won the $10,000 2017 Goldsmiths Prize for H(a)ppy (William Heinemann), reports the Bookseller.

The prize rewards British and Irish fiction which ‘breaks the mould or extends the possibilities of the novel form’.

H(a)ppy, Barker’s 11th work of fiction, ‘breaks up lines with coloured words, injects spaces and diagrams and carves symbols into the type as if the fabric of the text itself is breaking down … mirroring a tale of a future perfect world in which poverty, hatred, and suffering appear to have been eliminated’.

New Statesman culture editor Tom Gatti said Barker is a writer who has ‘broken the mould so many times that it’s almost beyond repair’. ‘Her novel H(a)ppy is an embodiment of the defiant and inventive spirit that the Goldsmiths Prize seeks to celebrate,’ Gatti said.