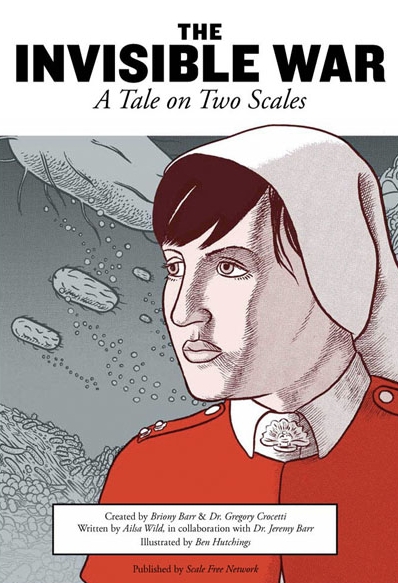 ‘The Invisible War’ wins the 2017 Most Underrated Book Award

The judging panel of Toni Jordan, Sarah L’Estrange and Megan O’Brien described the winning title as ‘an educational and entertaining book’ that ‘demonstrates an exciting style of science writing that is far from textbook’.

‘A graphic novel about dysentery during WWI doesn’t sound like the makings of an engaging work, but The Invisible War is a cleverly created comic that’s informative, interesting and surprising,’ said the judges. ‘In this book, even the bacteria go “ka-boom”.’

Publisher and co-creator Gregory Crocetti said he was ‘thrilled’ to have won the Most Underrated Book Award. ‘This award means a lot to a tiny publisher like ourselves, who are able to take risks to creative innovative new works, but simply don’t have the marketing budget and networks to promote it.’

The Invisible War was chosen from a shortlist of four that also included: The Island Will Sink by Briohny Doyle (Brow Books), Loopholes by Susan McCreery (Spineless Wonders) and Horse Island by Christina Kennedy (Zabriskie Books).

Now in its sixth year, the Most Underrated Book Award ‘celebrates hidden gems—engaging and creative books across all genres that deserve to reach a wider audience’.

The winner was announced in Melbourne on 17 November during SPN’s Independent Publishing Conference.