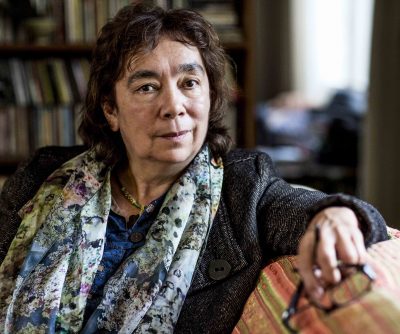 Author Alexis Wright has been appointed as the second Boisbouvier Chair in Australian Literature at the University of Melbourne, following Richard Flanagan’s inaugural appointment in 2015.

The Boisbouvier Chair was established in partnership with the State Library of Victoria (SLV) to ‘advance the teaching, understanding and public appreciation of Australian literature’. The position has received $5m in funding from John Wylie, merchant banker and SLV board president, and Myriam Boisbouvier-Wylie, honorary consul general of France in Victoria.

Wright said she hopes to use her appointment ‘to promote a celebration by Australians of their literature’. ‘I hope that I can do some justice to the position by sharing my experience, knowledge and vision as a practising writer of over 30 years, and through my future literary works in the position,’ she added.

University of Melbourne vice chancellor Glyn Davis said he was ‘delighted’ by the appointment. ‘Speaking and writing as a proud Aboriginal Australian, Alexis Wright brings a powerful voice to our most urgent questions of national identity,’ said Davis. ‘In this unique role as the Boisbouvier Chair, Ms Wright will deepen international appreciation for Australian literature and encourage new Australian voices to join the  conversation.’

Wright is the author of several works of fiction and nonfiction, including her Miles Franklin Award-winning 2006 novel Carpentaria (Giramondo). Her latest book, a biography of Indigenous leader Tracker Tilmouth, is Tracker (Giramondo).