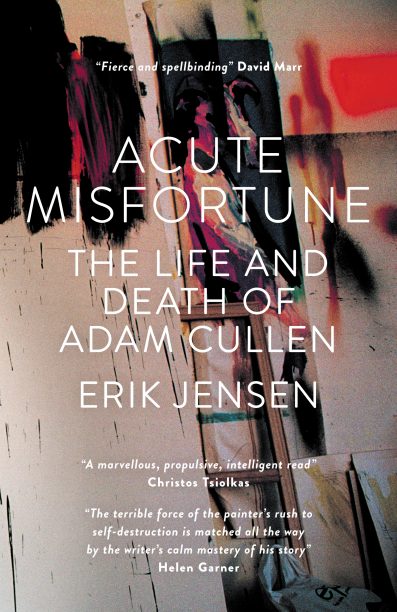 The film will track the volatile relationship between the Archibald Prize-winning Cullen and his 19-year-old biographer Jensen. Director Thomas M Wright described it as a ‘literary detective story, about trying to write the truth of another person’.

Jensen said that watching the book become a film has been ‘one of the great privileges of my career’. ‘I started writing this story when I was nineteen, staying in Adam’s spare room on the promise of a book contract that never existed. I stayed because Adam fascinated me. Writing the screenplay with Thomas M Wright was just as illuminating, in some ways, as those years spent interviewing Adam.’

The film is produced by Plot Media, Blackheath Film and Arenamedia, with investment from Screen Australia in association with Film Victoria, the MIFF Premiere Film Fund and Soundfirm. It stars Daniel Henshall as Cullen and Toby Wallace as Jensen.