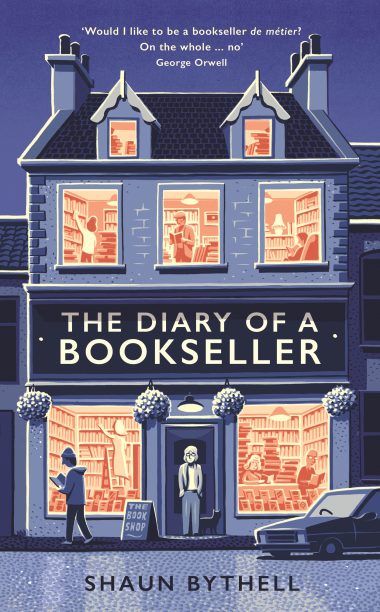 In a series running in the lead-up to Christmas, Books+Publishing is asking booksellers across the country to predict their biggest sellers and ‘surprise sellers’.

This delightful looking little book has already been selling well and we have no doubt this will continue into December. Sharing her experiences of working with cows on her own farm, Young makes the case that cows are far more intelligent than we give them creditfor. People really love cows, as we’ve discovered since we moved the book onto our counter.

As we hunker down for the impending nuclear apocalypse, our customers are increasingly looking towards books like this to give them the tools to survive in the forthcoming wasteland. The perfect book to give your eccentric uncle who lives in the country without a phone line.

It’s very self-referential but this is a fantastic title that will appeal to well-read misanthropists everywhere. We know a lot of them work in bookshops, thus narrowing the potential market, but this is a hugely readable book we expect to sell lots of.

It’s been a great year for music books (Tim Rogers etc.) and this hits the sweet spot for middle-aged men desperate to cloak themselves with a veneer of hipster music knowledge. Full of hugely entertaining war stories from the seventies, this is a ripper.

Abbey’s is known for its wide range of nonfiction, and our customers tend to gravitate towards less obvious titles. Crime fiction traditionally also sells well for us.

There are plenty of books that will sell nicely this year, so choosing bestsellers isn’t so obvious. Some that will probably rise above the others include:

As for surprise sellers, in a way we are never surprised at what our customers buy! They might seem quirky to other bookshops but relatively normal for Abbey’s.

This is not a ‘new’ book in any sense of the word, but it taps into history, nostalgia and quirkiness.

Go on, resist that title! A fascinating and clearly written book about geopolitics that appeals to the thoughtful reader.

Another subject that sells well here, particularly if presented with enthusiasm and wonder (rather than as the chore maths was for many of us!)

Medieval history has lost some of its currency lately, but there are still readers who devour anything on the subject. Templars by Dan Jones (Head of Zeus) is another history book that will be snapped up.

Thoughtful analysis, deeply researched history and a favourite author for many of our customers.

But just in case you think all our sellers will be heavy and serious, there are some nice lighthearted or more entertaining titles that our customers will buy. The new Alexander McCall Smith novel The Good Pilot Peter Woodhouse (Polygon), Sulari Gentill’s latest ‘Rowland Sinclair’ mystery A Dangerous Language (Pantera), Richard Fidler & Kari Gislason’s Sagaland (HarperCollins) and the delightful ‘Baby University’ board books by Chris Ferrie (Sourcebooks), which are being purchased for child and adult alike!