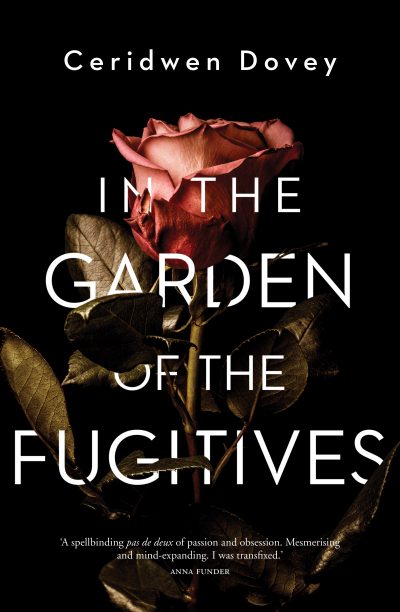 In the Garden of Fugitives (Ceridwen Dovey, Hamish Hamilton)

Ceridwen Dovey is one of our best, most original writers. Her 2014 book, Only the Animals, was a compelling, beautifully constructed collection of unforgettable short stories. Her splendid new novel, In the Garden of the Fugitives, draws its title from the excavation of the ancient city of Pompeii, and tells the story of an exchange between the mysterious Vita and Royce, two fugitives from a shared life. South-African born Vita was educated at Harvard and is now living in Mudgee, and Royce is the older benefactor who sponsored her fellowship to America years before. All we know at the outset is that Royce, in the months before his death, is trying to renew the contact she broke off some 20 years earlier. What unfolds through their correspondence is a disquieting and compelling narrative that spans three continents, including pre- and post-apartheid South Africa. As past relationships unfold, Dovey explores the power of compulsive love and the struggle to express oneself in an obsessive relationship. All of this is beautifully captured alongside an exploration of Pompeii’s secrets. In the Garden of Fugitives will appeal to fans of Only the Animals, as well as readers of J M Coetzee and Fiona McFarlane.

David Gaunt is the co-owner of Gleebooks