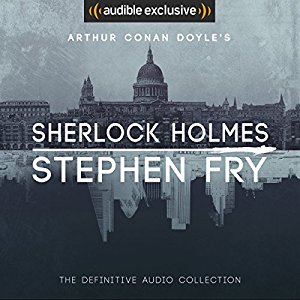 In the UK, Arthur Conan Doyle’s Sherlock Holmes: The Definitive Collection was Audible’s highest-selling title for 2017, reports the Bookseller.

The nine-story collection, which is narrated by Stephen Fry, spent four months on top of the Audible chart and has been in the top 20 for 11 months since its release in February 2016.