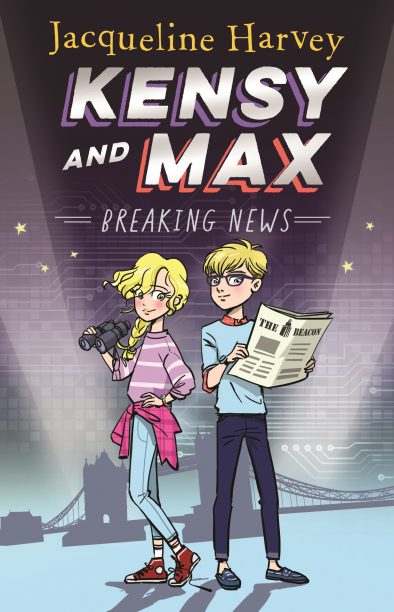 Kensy and Max are 11-year-old twins whose slightly eccentric lives change overnight after a string of strange occurrences sees them racing across international borders to London accompanied by their Nanny Fitz. After a dangerous series of events threatens their new lives, they are quickly enrolled in the Central London Free School for their own safety. Both Kensy and Max are drawn into a mystery that leads them further into a hidden world of intrigue where their sleuthing skills and friendship is put to the test. Breaking News is the first book in Jacqueline Harvey’s new series for readers aged eight and up. It will appeal to Harvey’s existing fan base from her previous ‘Alice-Miranda’ and ‘Clementine Rose’ books, while also engaging male readers with the inclusion of the debonair Max. Breaking News is an exciting and engaging novel that draws readers in as the story unfolds, leaving them eager to see what Kensy and Max get up to next. Overall this new series will have great appeal to retail markets as well as schools and libraries.