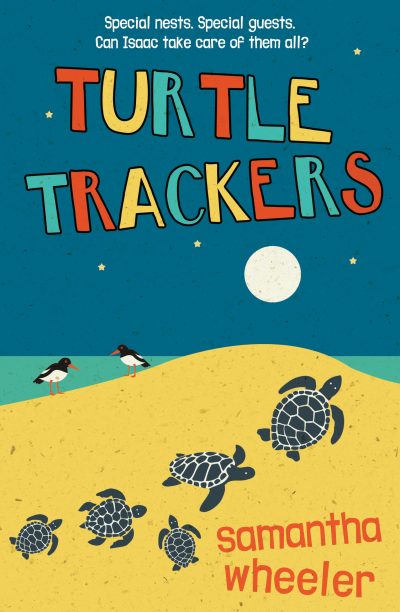 Ten-year-old Isaac and his mum run a caravan park on the coast of Queensland. Things have been tough since the death of Isaac’s father, with Isaac having to take on much of the responsibility of running the park. Isaac loves wildlife, none more so than the local turtles who nest on the nearby beaches. He is desperate to join the Turtle Trackers and play his part in conserving and protecting the turtle population but with so much work to do, he barely has time for anything else. Added to this is the arrival of a big-time travel blogger, whose review could make or break the park, and Isaac has enough to worry about. This is a very enjoyable addition to Wheeler’s now substantial catalogue of middle-grade fiction. In an age group dominated by fantasy and series fiction, Wheeler’s conservation-themed stories are accessible and engaging reads for kids looking for something different. Isaac is a lovely character who shows loyalty and ingenuity. His commitment to the environment and, most of all, to helping his mother is to be applauded. Children aged eight to 12 who are interested in animals will not only love the story but also the chance to learn more about the conservation of endangered species.

Erin Wamala is a bookseller and teacher librarian