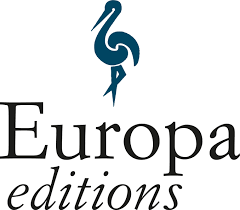 Europa Editions to be distributed by NewSouth

Titles from New York-based publisher Europa Editions will be distributed in Australia by NewSouth Books from March 2018.

The new sales and distribution relationship constitutes, for Europa, a ‘renewed focus on the Australian market’, according to editor-in-chief Michael Reynolds. About 20 Europa titles are expected to be made available in Australia each year, depending on rights negotiations.

Reynolds said Europa is aiming for ‘greater visibility for our international authors in the Australian market’.

‘I have admired NewSouth as a publisher from afar for some time and have also been watching as they build an admirable roster of distribution clients,’ said Reynolds. ‘Giramondo, Transit Lounge, and so on—this is great company to be in!’

The publisher’s 2018 releases will include Trick, a work of literary fiction by Domenico Starnone and translated by Jhumpa Lahiri, and French-Iranian author Negar Djavadi’s debut novel Disoriental.