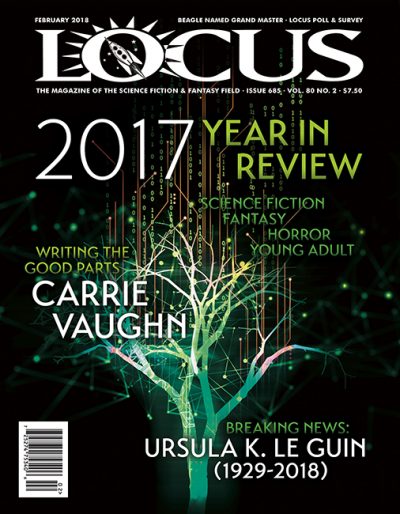 Several Australian authors and illustrators have been named on the 2017 Locus Recommended Reading List, which serves as the voting ballot for the annual Locus Awards for science-fiction and fantasy writing.

The recommended reading list is published in the February edition of Locus magazine and was compiled by Locus editors, reviewers and other industry professionals.

Australia-based publisher and writer Jack Dann’s collection Concentration (PS Australia) is featured on the list, while Slatter received a second mention for her short-story collection Winter Children and Other Chilling Tales (PS Australia).

The list also acts as the ballot for an public online survey Locus is holding to determine the winners of the 2017 Locus Awards. The awards will be announced during the Locus Awards weekend, which runs from 22-24 June, in Seattle.