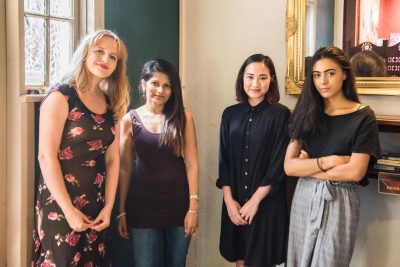 The Editing Mentorships for Equality program, which is supported by the Copyright Agency’s Cultural Fund, will offer two young emerging editors from Western Sydney the opportunity to be trained in all aspects of editing and production, under the supervision of Mascara’s senior editors.

Shirley Le and Winnie Dunn have been chosen as the two recipients of the mentorships, which will run in 2018 and 2019. The mentees will be supervised by senior editors for a China transnational issue and class fetish issue.

Michelle Cahill, artistic director and managing editor of Mascara, says ‘the rationale behind the mentorships is to upskill emerging writers of colour to be confident and proficient in an industry where the majority of editors, agents and publishers are white’.

‘There is an urgent strategic need for professional skills development and capacity building for writers who cross socio-economic hurdles or those whose culture and language is considered foreign,’ said Cahill.

Dunn, who is also a manager and editor at Sweatshop, said she hopes to ‘learn more about editing in the writing industry, as it’s so rare to work with people of colour who are writers [and] editors’. She will work with Jo Langdon for the issue on class fetish.

Le, who will be mentored by Cahill for the China transnational issue, said she is looking forward to gaining editing skills ‘across literary fiction and creative nonfiction forms’. ‘While there are a growing number of literary voices in the Vietnamese diaspora, few are also editors,’ she added.