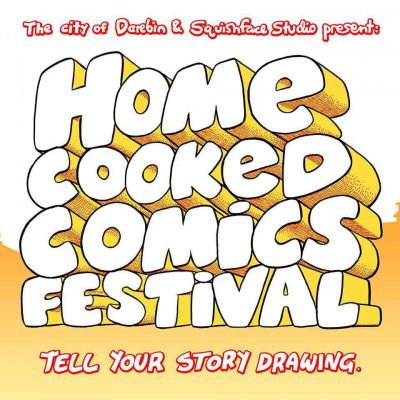 Publicity and marketing manager at Black Inc. Marian Blythe has been announced as festival director for the 2018 Homecooked Comics Festival.

Blythe, who was formerly marketing manager at Scribe, will be assisted by communications and research professional Jimmy Twin as festival coordinator.

Launched in 2012 as an initiative of the Darebin City Council, Homecooked Comics Festival has been managed by artist-run initiative Squishface Studio since 2014, and attracts nearly 1000 visitors each year.

This year’s festival will be held on 15 April, featuring 25-50 comics creators and with a focus on stories from marginalised communities.

Blythe says, ‘We have an enormous amount of comics talent in Australia. I particularly want to invite those artists creating stories about feminism, race, identity, sexuality, living with mental illness and disability, and human and animal rights. I want to hear the stories that aren’t being told in mainstream media. Comics are a fantastic art form to express difficult or uncomfortable themes in an engaging and inclusive way.’