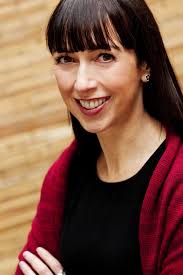 Tuffield to step down as Stella executive director

The Stella Prize has announced that its executive director, Aviva Tuffield, will resign from the role, and will step down in May this year following the announcement of the 2018 Stella Prize winner in April.

Tuffield, who co-founded the Stella Prize in 2011 and is a former chair of the board, has been leading the prize’s operations as executive director since 2014, while working concurrently as a publisher at Black Inc. She said in a statement that, although the decision had not been an easy one, she has decided to concentrate her full attention on her ‘first love’­: working closely with writers as a publisher.

‘After much reflection—and with some regret—I have made the decision that it is the right time to focus on my passion and first love, working closely with writers as a publisher,’ said Tuffield. ‘I am very proud of the organisation’s achievements over those years, including that the Stella Prize is now an important and much-loved feature of the literary landscape and has contributed significantly to the recognition of women’s writing in Australia.’

Board chair Caroline Ryan said, ‘Aviva has been an integral part of the Stella Prize’s success over the last seven years. While we are very sad to see Aviva go, she leaves the organisation in great shape, with the prize now one of the most important in Australian literature’.

Ryan also thanked Tuffield for her immense contribution to Stella and wished her success on behalf of the board. ‘Aviva’s exceptional dedication to Australian writing and, in particular, women’s writing, will continue with her work as a publisher. Aviva should be incredibly proud of what she has achieved with Stella,’ said Ryan.

The Stella Prize Board has advised that the recruitment process will begin soon, with plans for a smooth leadership transition under the guidance of the board.

Tuffield’s publishing career spans 20 years, during which time she has been a publisher at Affirm Press and associate publisher at Scribe Publications, as well as deputy editor of Australian Book Review. She is currently a publisher at Black Inc.