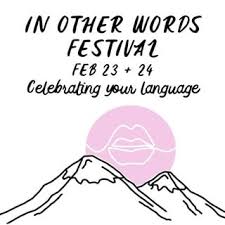 The inaugural In Other Words festival will be held from 23 to 24 February, just after UNESCO’s International Mother Language Day on 21 February. The program includes events such as a multilingual poetry slam, readings of new literary work, bilingual storytime events for kids and families, a live mural painting, panel discussions and more. Artists featured on the program include Sydney poet Eileen Chong; writer, producer and broadcaster Sheila Pham; and poetry slam organisation Word Travels.

The festival is organised and hosted by specialist multilingual kids’ bookshop Lost in Books, which opened in Fairfield last year. Almost 80% of the local community speaks a language other than English at home, and festival director Jane Stratton said the event will ‘shine a spotlight on the richness and talent of our multilingual communities’. Stratton is expecting to host around 1000 people over the two-day event.

As previously reported by Books+Publishing, Lost in Books also runs the In Other Words literary residency program—an eight-week residency worth $2500 open to writers, translators and illustrators who want to develop new work in languages other than English. Both the festival and the residency program are funded by the Australian Government through Catalyst, the Australian Arts and Culture Fund, and by the NSW government through Create NSW.