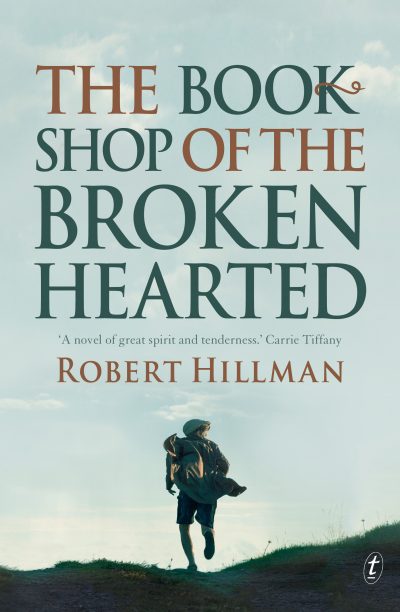 The Bookshop of the Broken Hearted (Robert Hillman, Text)

In this tender, emotive novel, the lives of sheep farmer Tom Hope and Hungarian Holocaust survivor Hannah Babel collide in a small Victorian country town in the 1960s. Hannah’s exuberance, colourful charm and love of literature paint her in stark contrast to the community, and Tom’s simple existence couldn’t be further from Hannah’s traumatic fight for survival. Both are broken, lonely and navigating the absence of those they have lost. Both also have complicated backstories, and their painful memories create waves of tension in the fledgling relationship. Robert Hillman is the author of the novel Joyful and the memoir The Boy in the Green Suit, among others. In this book, his graceful prose skilfully depicts both the horror of Auschwitz and the placidity of the Australian bush. In Tom and Hannah, he has created tangible, highly likable characters whose suffering will tug on readers’ heartstrings and arouse sympathy, well after the final page. While this tale contains darkness and heartache, they are accompanied by truth and love, and ultimately, hope, and the human capacity to overcome. This sensitive, enthralling story should appeal to a wide spectrum of readers and is destined to become a favourite.

Joanne Shiells is a freelance editor and writer, and a former editor of Books+Publishing