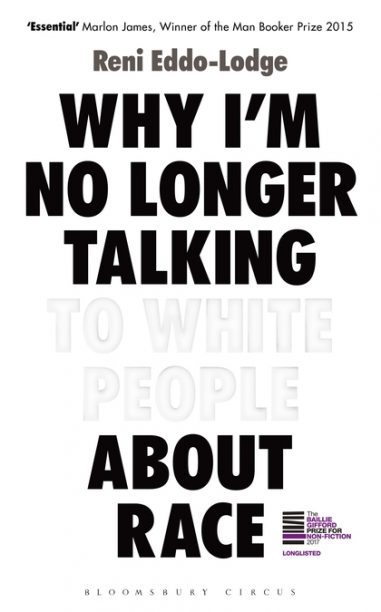 In the UK, Reni Eddo-Lodge has won the 2018 Jhalak Prize for Book of the Year by a Writer of Colour for her novel Why I’m No Longer Talking to White People About Race (Bloomsbury).

The book, chosen unanimously by an all-female-identifying judging panel, was described as ‘a thunderclap’ of a book by judge Catherine Johnson. Why I’m No Longer Talking to White People About Race is a collection of essays that began as a 2014 blog post of the same title, which ended up going viral. Eddo-Lodge spent five years writing the book about ‘not just the explicit side, but also the slippery side of racism—the bits that are hard to define, and the bits that make you doubt yourself’, reports the Guardian.

Chair Sunny Singh praised the book as ‘timely and essential, thought-provoking, complex and yet completely accessible’.

Eddo-Lodge receives prize money of £1000 (A$1790), as well as a trophy designed for the Jhalak Prize by ceramics artist Chris Bramble.

In its second year, the Jhalak Prize for Book of the Year by a Writer of Colour is an annual award seeks to identify, celebrate and promote books by British/British resident BAME writers. The prize is unique in that it accepts entries published in the UK by writers of colour who are both traditionally published and self-published in genres including (but not limited to) fiction, nonfiction, short stories, graphic novels, poetry, children’s books and YA.

The award was founded by authors Sunny Singh and Nikesh Shukla and Media Diversified to celebrate the achievements of British writers of colour. As previously reported by Books+Publishing, Jacob Ross won the inaugural prize in 2017 for his novel The Bone Readers (Peepal Tree).