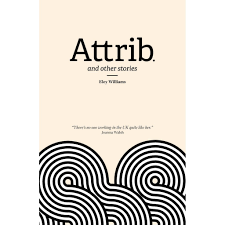 In the UK, Eley Williams’ short-story collection Attrib. and Other Stories (Influx Press) has won the Republic of Consciousness Prize for Small Presses, reports the Bookseller.

The prize’s founder, Neil Griffiths, said the winning book was ‘exactly what the Republic of Consciousness Prize was set up to reward’. ‘Eley Williams is that rare thing, a deeply serious writer working on a playful level. In the middle of her story “Smote”, I was floored. I realised I was reading a prose poet of a very high calibre indeed, and I said to myself: this book will win. The judges agreed.’

The Republic of Consciousness Prize for Small Presses was launched in 2017 by Griffiths to recognise ‘brave, bold and brilliant’ literature from small presses’. It is open to independent publishers from the UK and Ireland with no more than five employees.

Influx Press last year launched a Kickstarter campaign to grow its business, and in November last year opened its submissions exclusively to women of colour to expand the range of voices and scope of work it publishes.