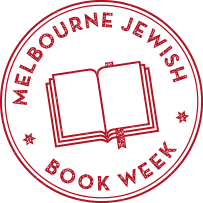 Melbourne Jewish Book Week has launched its inaugural 2018 program, which will be held from 3 to 9 May.

The week-long program of Jewish writing, literary culture and ideas is run in partnership with Monash University’s Australian Centre for Jewish Civilisation (ACJC) and will be presented at St Kilda Town Hall and nearby venues.

The program features panels, keynote addresses, performances, a schools program and opening and closing night gala events. The festival will also present The Saturday Paper Auditorium, a series of discussions to ‘provoke thought and explore big themes around culture and politics’, run in partnership with Schwartz Media.

‘The talent that we have in Australia and the contribution of Jewish thought and ideas to Australian cultural life is something that should be celebrated,’ said co-directors Noe Harsel and Janine Schloss. ‘We see this program as a reflection of that.’

Readings will be the official bookseller at selected events.