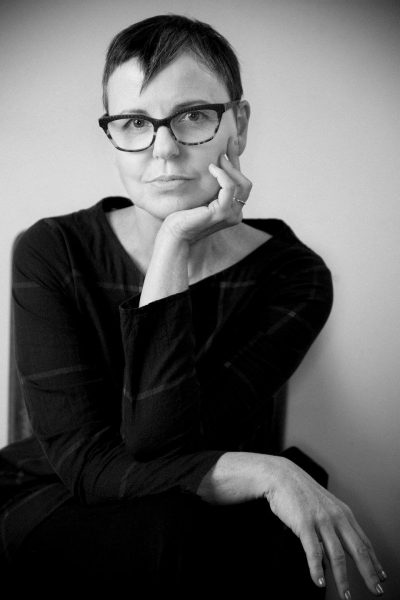 Meera Atkinson’s exploration of the effects of trauma, Traumata (UQP, May), is a powerful, personal memoir doubling as a philosophical treatise. ‘This is a humane, thought-provoking and heartbreaking addition to our understanding of individual and collective suffering,’ writes reviewer Melissa Cranenburgh, who spoke to the author.

Traumata had its seeds in your 2007 Griffith Review essay ‘The Exiled Child’, and the response to the essay helped shape your sense of the universality of trauma. Has your perception of trauma changed in those 10 years?

I have a more nuanced and layered comprehension of trauma as a result of the interdisciplinary research I conducted during my PhD and in writing my academic monograph, The Poetics of Transgenerational Trauma. My perception of trauma—how I understand the experience of it—hasn’t really altered and having more intellectual knowledge about it doesn’t magic away its effects on my life. The single most significant way my perception of trauma has changed is that I now view it in fundamentally political terms. Not all trauma is politically and socially induced, but I’ve come to believe that much of it is. When I wrote that essay, I was exploring personal experience in a way that encompassed some of the literature on trauma in an effort to better come to terms with its grip on me. I came to Traumata with a much more structural view of trauma and some fire in the belly around that.

You describe trauma as ‘tenacious in its tendency to transmit inter-generationally’. There is a sense of predetermination in this notion of inherited trauma. How then do we escape our past or help facilitate healing?

Well, that’s the 64-million-dollar question. I don’t see trauma as predetermined so much as somewhat inevitable given certain social, economic and political conditions—and I think there’s a crucial difference. Predetermined has a Darwinian ring to it, suggesting biological determinism. But you’re right, I’m not sure there is any escape in that even though there may be individuals who make it to adulthood relatively unscathed (which is to say with no or minimal traumatic experience) that individual still has to live in a culture in which many others are profoundly traumatised and some of that could have a negative impact on them at some point. I know that sounds bleak, but I do think there are ways to turn it around. The problem is that to do that on any large scale requires both a critical mass of individuals sufficiently addressing it from the inside out (though I don’t suggest that means people can do it alone and without support and resources) as well as political and social leadership that understands the scale and depth of the problem, and that has the vision and commitment to address it from the outside in.

Your book helps define terms—such as ‘traumarchy’—relevant to an experience of collective trauma, the effects of which we are seeing in the #MeToo and #TimesUp movements. Can you explain this concept a little and how it is explored in your book?

A critical animal studies scholar by the name of Erika Calvo introduced the term ‘anthroparchy’ in 2008 to highlight the ways patriarchy has produced the Anthropocene—the proposed present geological age, defined as one in which human activity is the foremost influence on climate and the environment. Drawing on Calvo’s concept, I coined ‘traumarchy’ to speak to the way patriarchy (and associated operations such as capitalism and colonialism) has created collective epidemics of trauma. Traumata makes the case that patriarchy is a traumatic operation; the word traumarchy is an attempt to describe the traumatising nature of patriarchy.

Writing such beautiful prose requires a degree of objectivity that, I imagine, would have been hard won given the nature of the experiences you cover. Can you talk about the writing process a little? Was it cathartic?

I struggle to find a way to talk about the process of writing Traumata. Not because the material is so painful I can’t bear it, but because it’s such a strange zone, working in that kind of heightened hybrid way. To write multiple layers and registers at the same time or in close proximity does require dexterity. A book like this requires a substantial degree of maturity. I couldn’t have written it at 25.

I don’t think cathartic is how I’d describe how it felt to write it, partly because catharsis suggests relief from repression and I didn’t come to the page in that state. And I didn’t feel the burning need to tell my personal story so much as to stage a sort of literary direct action via my story, if that makes sense. The actual writing process was, at times, quite emotional, but sometimes the feelings had to take a back seat, when there were too many balls in the air and too much to manage. I only found myself crying through the writing of a scene or page a few times, and then it wasn’t so much a sense of catharsis as grief and/or love. I do remember feeling quite skinless and vulnerable for several weeks after I finished the first draft.

What will you work on next in your writing?

I’ve been writing non-stop for the past two years, juggling various projects, and even now I’m quite intensively writing short-form pieces, so I need a breather before embarking on a new book. Time out from doing and a sense of spaciousness is so important to generating new direction.

The last book I read is Ellen van Neerven’s poetry collection, Comfort Food (UQP). I was slow getting to it, but there are some gorgeous poems like ‘Subtitles’, ‘Flight Feathers’ and ‘Meteorite’. She’s an impressive young talent.