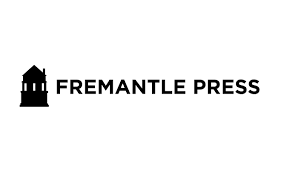 Fremantle Press has announced that its inaugural Minderoo Editorship has been won by Armelle Davies.

The three-year program is designed to ‘foster new Western Australian publishing talent by helping entry-level editors develop editorial and project management skills in all genres’. Throughout the editorship, Davies will work with Fremantle Press publishers across all aspects of the editorial process, including copyediting, proofreading and production.

Davies, who completed an internship at Fremantle Press in 2017, said, ‘Without the Minderoo Editorship, I couldn’t have dreamed of working in publishing in Western Australia until much further down the track, if at all’. ‘I would have had to move to the east coast or tried to build up a career as a freelance editor here—which would have been difficult given the level of experience I had. To be given an opportunity to stay here, unlike the many other young people in the arts who simply have no other option but to move away, is invaluable.’

Fremantle Press CEO Jane Fraser said, ‘Very few commercial publishing companies in Western Australia can offer paid traineeships to young arts workers, which threatens the sustainability of our industry for future generations. The Minderoo Editorship helps keep some of that talent in Western Australia to work on the telling and sharing of our stories.’

The Minderoo Editorship is funded by the Minderoo Foundation, which was founded by Western Australian mining magnate Andrew Forrest. The editorship will run until 2020.