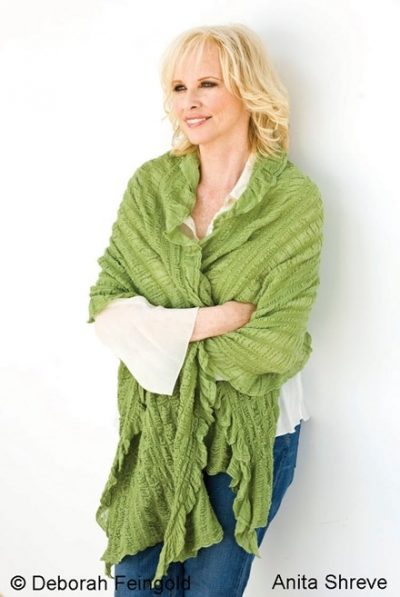 Shreve was the author of more than 18 books, including The Pilot’s Wife, which sold more than three million copies after it was selected for Oprah’s book club. Three of her books—The Pilot’s Wife, Resistance and The Weight of Water (all Abacus)—were adapted into films.

One of her first published short stories, Past the Island, Drifting, was awarded an O Henry Prize in 1976.

Her US editor, Jordan Pavlin of Alfred A Knopf, said her ‘writing has touched the lives of millions of readers around the world, and she did some of her most elegant, rich, and unforgettable work in the last years of her life’.

‘In all of her work, Anita deftly explored the intricacies and nuances of relationships between men and women, often hinging on the ripple effects of a single, dramatic moment. She wrote the details of history, from the 19th century to the 1920s to the second world war, as if she had lived them herself … Anita was a beloved figure for all of us who had the privilege of working with her.  She was both elegant and modest, kind, funny, and always observant of every nuance of human interaction … She was a beloved wife, mother, grandmother, and friend and we will miss her deeply.’