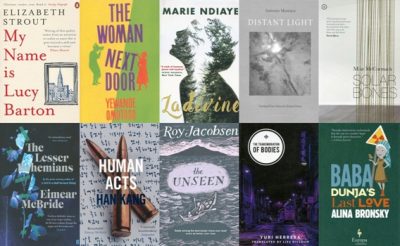 The shortlist for the International Dublin Literary Award 2018 has been announced.

The award, worth €100,000 (A$159,770), is presented annually for a novel written in English or translated into English, nominated by library systems in major cities around the world. First established in 1994, the award is now wholly funded by Dublin City Council.

Six of the ten shortlisted titles are translated from a language other than English. Dublin City Librarian Margaret Hayes said, ‘For readers, these stories reveal unfamiliar cultures and countries through memorable characters and their literary narratives.’

The winner will be announced on 13 June. For more information, see the website.