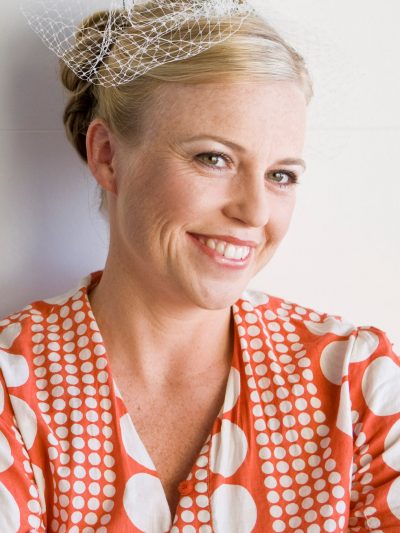 Alex Adsett is a literary agent representing authors across all ages and most genres, and also a freelance publishing consultant offering commercial contract advice to authors and publishers. She has 20 years’ experience working in the publishing and bookselling industry, across Australia and the UK, and has managed Alex Adsett Publishing Services since 2008. Adsett is one of the eight Australian delegates travelling to New York in June and she spoke to Think Australian about her list.

What makes the books you represent unique?

Well, I’m obviously biased, but I’m going to say because they’re all fabulous! I guess I can also say my list is a unique collation of books that I personally absolutely adore. They’re an eclectic mix, but my one rule is that I have to love a manuscript or else I won’t take it on. Even if I can objectively see that it is wonderfully written, or strongly commercial, I need to have an attachment to it personally or else I don’t feel it is fair to the author or manuscript. Another reason would be that while I now represent almost all kinds of books, from picture books to nonfiction, at heart I’m unashamedly a fangirl of science-fiction and fantasy, romance and crime. The core of my list is within these genres, and I’m one of the few Australian agents who embrace these three genres so enthusiastically.

How many books/authors on your list—and what kinds of books?

I represent more than 30 authors, with more than 100 books. These range from picture books through to middle grade, young adult, commercial and literary fiction and narrative nonfiction. If the book hooks me in, I’m going to want to represent it. The core of my commercial fiction list also has a focus of science-fiction and fantasy, crime, and romance, and even though I’m expanding into other areas, I don’t want to leave the genre community behind.

Have you had success with any of your titles overseas?

Happily, yes! For example, I sold Maria Lewis’ ‘Who’s Afraid?‘ series to Piatkus in the UK, and Alan Baxter’s ‘Alex Caine‘ series to Ragnarok in the US. The Australian publishers of Gary Kemble (Echo Publishing), Jodi McAlister and Sasha Wasley (both Penguin Australia) have also negotiated amazing deals for translation, UK and US rights.

Again, I’m pretty biased, but I think all of them! Right now, I’m confident the ‘Valentine‘ YA series by Jodi McAlister (Penguin Australia)—teenagers challenging viciously blood-thirsty fairies—would do brilliantly in the US and UK, particularly with evil fairy books by Holly Black or Sarah J Maas doing so well. I also have a fabulous middle-grade adventure, Quark’s Academy by Catherine Pelosi (Hachette Australia), with science positive themes and great characters, that would be fantastic in any territory or language, as well as amazing picture books by Shelly Unwin and Shannon Horsfall.

Have you acquired the rights to any international titles? If so what have been the most successful?

I’m absolutely open to international authors, and was taking pitches while in the US last year. Most successful is award-winning science-fiction author Tricia Sullivan, particularly with Occupy Me (Gollancz) being nominated for an Arthur C Clarke award in 2017.

What is your most recent acquisition (that may appeal to international publishers)?

An acquisition that I am just super excited about is a new mystery series by bestselling Australian author Pamela Freeman. This is an exciting new direction for her. The story stars Sarah McGowan, a journalist turned reluctant sleuth when the body of a colleague turns up in the foundations of her house mid renovations. Set in Sydney at its most sparkly, this has amazing potential for the overseas market.