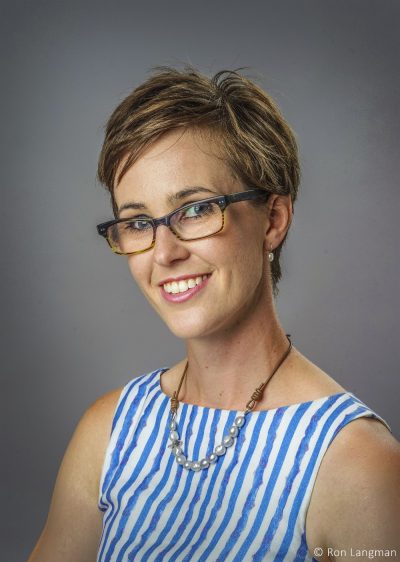 Debut author Margot McGovern was inspired by her favourite childhood reads to create Neverland (Random House, April), ‘a dark and compelling examination of memory, self-determination and the dangers of romanticising the past’. Reviewer Lian Hingee spoke to the author.

Neverland takes its name from J M Barrie’s children’s book Peter and Wendy. What made you choose to use this book as inspiration for your novel?

It came from the experience of rereading Peter and Wendy as an adult. At the time, I was feeling apprehensive and uncertain about the future, and thought it’d be comforting to revisit some childhood favourites. However, when it came to Peter and Wendy, I was surprised by how dark it is and how different from the innocent bedtime story I remembered. Barrie’s Neverland is a frightening place and there’s a prevailing sense of melancholy throughout the narrative.

I became intrigued by my misremembering. The way Barrie describes his Neverland is a perfect metaphor for this particular nostalgia: ‘On these magic shores children at play are forever beaching their coracles. We too have been there; we can still hear the sound of the surf, though we shall land no more.’

I set out to write a story that explores this yearning for an idealised past and how it can act as a Fata Morgana or mirage that distracts us from finding a way forwards.

Though there is a romantic thread throughout Neverland, would you consider Kit and Rohan’s relationship to be a love story?

Illusion has a key role in Neverland, and Kit and Rohan’s relationship plays into that. They want to believe that theirs is a love story, and there are certainly moments when they feel they’re living a fairytale romance. However, they fall for each other at a time when they’re both hurting and vulnerable and so can’t yet demonstrate the selflessness that love demands, nor recognise a fantasy for what it is.

Neverland touches on some serious issues, including depression, anorexia and self-harm. How important is it that teenage readers are exposed to stories that challenge them in this way?

Unfortunately, these issues disproportionately affect teens, so it’s necessary that there’s a place for them in YA. To exclude confronting themes would be to shut down important discussions and invalidate the experiences of those who deserve to be heard and feel included. Challenging stories are vital because they promote empathy and show readers that they are not alone.

That said, context is important. And we as YA authors need to be sensitive and respectful in our approach to these themes, and present them in ways that promote constructive conversations and encourage awareness, understanding and compassion.

Nostalgia plays an important role in your narrative. Were there elements of the novel that were informed by your own experiences?

The island setting is inspired by my own (highly romanticised) childhood memories. When I was young, my family had a beach shack in Coobowie, a small coastal town on the ‘heel’ of the Yorke Peninsula. I spent school holidays there with my sister and cousins, fortifying the beach against pirate attacks, scavenging rock pools for treasure and devouring ‘Famous Five’ novels when inclement weather drove us indoors. However, for all its promise of adventure, the Yorke Peninsula coastline is also treacherous—a place where the bones of shipwrecks jut from the sand, surf booms against wind-worn cliffs and (when I was young) the Troubridge Island Lighthouse beamed a warning into the night. For me, it’s a nostalgic landscape of equal parts magic and danger that I wanted to recreate in Neverland.

Tin Heart by Shivaun Plozza (Penguin). It’s a tender, poignant story told with warmth and wit about a girl who gets a second chance at life after undergoing a heart transplant. I loved that the protagonist, Marlowe, is raw and vulnerable, and that her friends have their own fully realised stories. Also, Marlowe’s little brother, Pip, is a superstar. I don’t know where he came from, but I adored him.